A castle on a hill, colorful shops and houses along the cobblestone streets, a fortress wall separating the old city from the new, situated on a river that connects the Great Lakes with the rushing Atlantic Ocean. All this could be suspected somewhere in northern France, but we are in Québec and closer to the Old World than anywhere else on the American continent. I meet Dagmar Lombard, who emigrated to Québec with her husband Guy and their four daughters from the Caribbean to take over the historic Auberge Saint-Antoine as manager.

„That was a climate change of a special kind,“ she tells me, visibly impressed by last winter. „We had lots of snow and it was bitterly cold. But we feel very comfortable in Canada. I love the seasons, which of course don’t exist in St. Barth“. 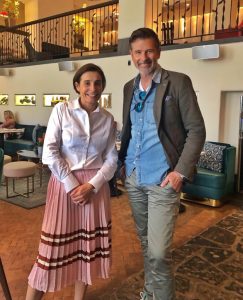 Born in Germany and with French roots, she is a true globetrotter, has already run hotels in Morocco, the USA and Europe and is always on the lookout for new adventures and challenges. „I met the owner family of Auberge Saint-Antoine, which is an institution in Québec, at a hotel congress and was immediately convinced of the new concept“ explains Dagmar Lombard, proudly adding: „We are a real museum hotel. During the renovation work in 2003, over 5,000 exhibits from the 16th, 17th and 18th centuries were found, of which around 800 are on display in the hotel“. 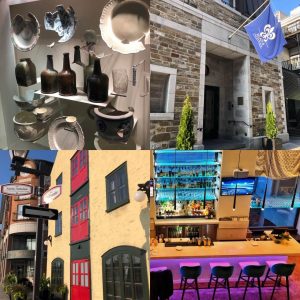 Even in the 95 rooms are small souvenirs from past eras, wonderfully staged in glass frames. I ask Dagmar Lombard which sights of the city I shouldn’t miss at all, and I am provided with a specially illustrated hotel map for the top activities of the surroundings. After a decent coffee with cake at the Place Royale and a look into the seafaring chapel Église Notre-Dame des-Victoires, we first have to save some energy, as the ascent to the Citadelle can also be easily done for 3,50 dollars with the Funiculaire. 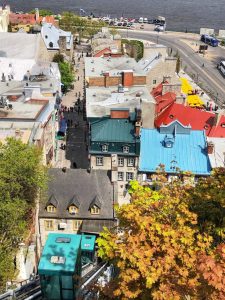 And so I glide with the glass train to the panorama terrace named Dufferin, which presents itself as a 600 meter long promenade between the famous landmark Château Frontenac and the fortress La Citadelle. 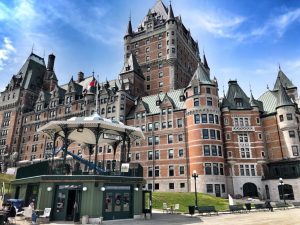 From up here, one has an excellent view to the lower city, the Saint Lawrence River and the harbour, where a fat cruise ship has just thawed. Generally, the Frontenac from the year 1893 seems to be something like the centre of attraction of all tourist activity and one should not miss the drink at the hotel bar, as Roosevelt and Churchill already drank some Gin Tonic here and philosophized about war strategies. 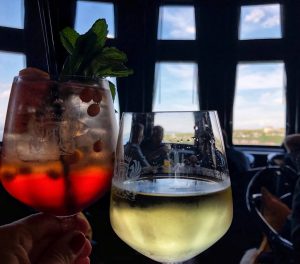 I continue to drift through the wonderful alleys around the Rue Saint-Louis in the direction of the Hôtel du Parlement and am intoxicated by the well-preserved houses and splendid buildings that barely show the 400 years of the city’s history. 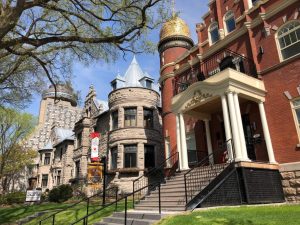 A side trip to the Rue Saint-Jean with its antique shops and French restaurants is just as important as the Parc des Champs-de-Bataille with its Musée National des Beaux Arts, where a Miró exhibition has just opened. There are so many great places in this city and so many opportunities to spend the evening in a stylish way that the choice of the restaurant L´Orygine was a pure coincidence that should turn out to be extraordinary from a culinary point of view, as here, tradition is thrown into the style mixer with modernity. Or have you ever tasted a crispy roasted duck with grilled hemp leaves? In this spirit: Love, Peace and Good Night, which will be done in the buttery-soft cushions of the Auberge Saint-Antoine. I’d probably still be lying there today if they didn’t have this fantastic breakfast in their repertoire, which is served in the cosy hotel restaurant. 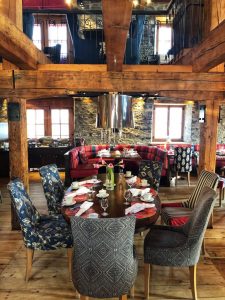 Fresh egg dishes, sausages and pancakes from the New World meet buttery croissants, pain au chocolat and baguettes from the Old World and are the best preparation for the upcoming activities in the surrounding area. „In Québec you are in the ski resorts in 30 minutes and in summer in no time at all in the wilderness“ says Dagmar Lombard and sends me with warmest recommendation to the thundering waterfall Chutes Montmorency, which leaves behind a decent sound. 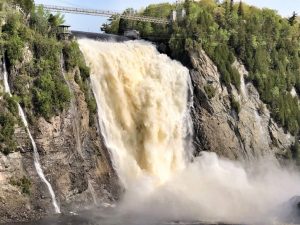 Activities range from gondola rides, Zipline Adventures to thrilling hikes, which lead over the spectacular suspension bridge and enables a close-up to the thundering floods. 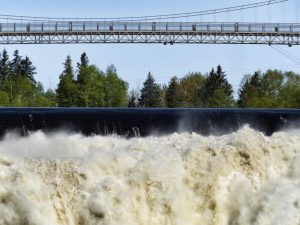 About 30 kilometres further along the 138 EST is the mighty Basilique Sainte-Anne-de-Beaupré, a true pilgrimage church that is said to have worked wonders. As proof, countless prostheses, crutches or other spare parts from the 3D printer hang on a church pillar.

The last recommendation of Dagmar Lombard is still missing, which leads me to the 34 kilometres long island Île d’Orléans, that can be reached over a bridge in the middle of the Saint Lawrence River before the eyes of the skyline of Quebec. It closes something like the cycle of the perfect French staging, which comes to life here in Canada and forms a pleasant contrast to the well-known American style of life and architecture.

I still have the question of the next big challenge for Dagmar Lombard. The answer is just as clear as her self-confident nature: „When the children grow up, my husband and I would like to run a lodge in Africa. That would be my dream“. For a bit of wanderlust and anticipation, maybe my article about the &Beyond Xudum Okavango Delta Lodge in Botswana can already provide. 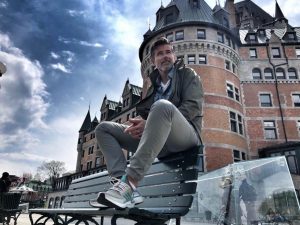 This article was written at the invitation of the Auberge Saint-Antoine in Québec. Many thanks to Dagmar Lombard, who not only organized my stay, but also provided me with many valuable travel tips.