From capital to capital – from an abandoned parking deck in Berlin Wedding directly into the secret garden of the Draycott Hotel in Chelsea London. The day could not have taken a greater turn when I think of the recent hectic moments at the film set for my client´s new spot and compare it to the peaceful atmosphere at one of London’s finest private parks. And the best thing is that I’m in the middle of the beautiful district of Chelsea and the fine shopping streets, restaurants and galleries around Sloane Square are just a sneaker tip away.

Already when leaving the Underground, London presents itself from its classic side and at the sight of the red double-decker buses and black cabs one believes the time would simply have stopped. The British style continues at the lovely Draycott Hotel, which looks back on a lively history until the year 1890 and to prove that they´re serving me a cup of tea with cookies as a warm welcome. 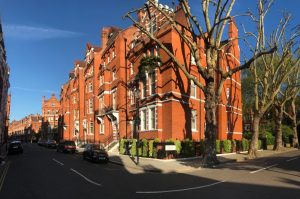 My eyes wander from the cozy parlor to the park, while in the background the suitcases are brought to my suite by the butler. „Welcome to the 1890s“. 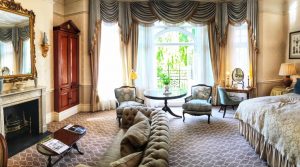 The rooms in the Draycott are not numbers but names and when the doors of my Vivian Leigh Suite opens, I feel a bit like an actor, because the 45-square-meter room not only has a breathtaking view of the countryside, but also boasts splendor in the form of a gigantic king size bed, a sofa seating area with open fireplace, an imposing glass table with king’s chairs including a secretary and make-up table (thanks for that!) as well as a fully equipped kitchen. 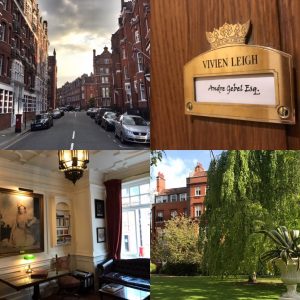 Everything is decorated in style with stucco and chandeliers, so that my time travel to the past continuous. Only the weather may not adapt to my British stereotypes, but the May sun beats unrestrained with pleasing 25 degrees from the sky. And she’ll do that in the following days, so my first trip on Saturday morning will take me to the Coca Cola London Eye, where I’ve already reserved my ride to heaven for about 30 €. 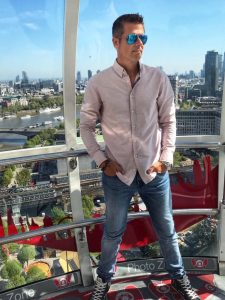 The crowd is limited, which is perhaps due to the price, the highly reflective panes or the packed Palace of Westminster. In any case, only the movement of Big Ben is released, and you have to gain height to forget the wrapped scenes. 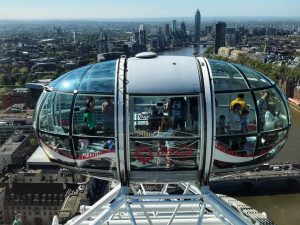 Significantly more traffic is already in the Wedding Chapel of the Royals called Westminster Abbey, where whole generations of children and grandchildren are still waiting for their first coronation, but as long as Elizabeth II sits on the throne, this ceremony will probably remain denied us. Twenty-two pounds is the handsome entry fee to join the endless line that runs one-way through the nearly 800-year-old church to prevent collisions with oncoming tourists. 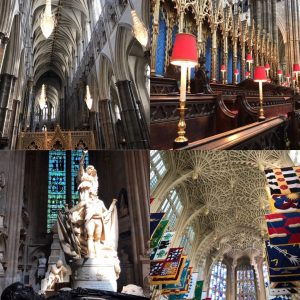 Even if one would have wished more solitude for enjoyment, the course is more than epic to walk past graves (including David Livingstone, Mary Stuart, Charles Darwin), monuments and chapels. It’s going to be „hot in the city“ and the little break at St James’s Park, the front yard of Buckingham Palace, is doing really well, especially since half London lolls here on lounge chairs like in a beach club. After that my battery is at least half full again to stroll along the exclusive boutiques of New Bond Street and to stop by for a Caesars at Aubaine Mayfair. 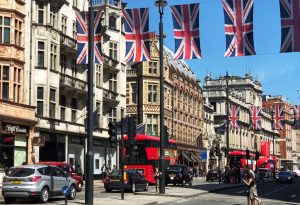 The atmosphere in the heart of the city around the Piccadilly Circus is truly extraordinary, the streetscape with its magnificent buildings is brutally impressive and the parks are so clean and well-groomed that they seem to have sprung from a catalog. London seems so perfect with its symbiosis of tradition and modernity, so versatile, rich and colorful that you can not blame them for their Brexit. 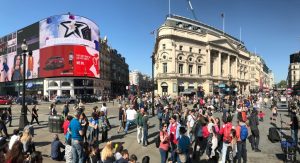 Let´s go for the perfect finish: A sundowner at Millennium Bridge. Along the voluminous dome of St. Paul’s Cathedral, dipped in deep orange, I reach the crowded banks of the Thames within a few minutes and almost instantly want to party with all the happy faces down there. 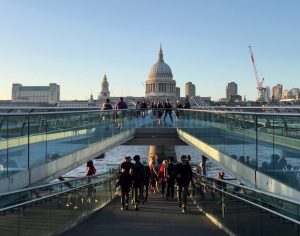 But the distant Tower Bridge drives me on through the pub and nightlife district around Borough Market, where even in the evening skewers are turned over the open grill and the beer flows frequently. There are so many outstanding places in this city that it’s just arbitrary that I finally end up at Le Pont de la Tour with a Raspberry Daiquiri.

London is always worth a visit, and for those who stay in the Draycott Hotel it is a perfect travel to the past.

If a Sunday in the city is a bit too boring for you (which is nearly impossible cos the shops are open!), I recommend a trip to Notting Hill. 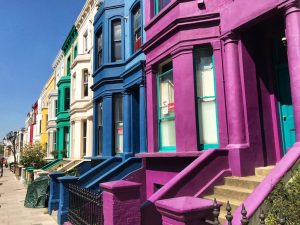 On Portobello Road, everyone has found their favorite piece of old junk and kitschy souvenir so far and if this still is too much of a cliché, just stroll through the imposing side streets to follow in the footsteps of Hugh Grant and Julia Roberts and gaze at the amazing mansions and magnificent backyards.

This article was created with the kind support of The Draycott Hotel in London.

Here you can read my report about the hotel classic Badrutt´s Palace.