The setting sun turns the upper city into a golden dome and pumps a feeling of lost lightness through my veins. It is a sight as it was 3,000 years ago, when you look from the observatory to the temple of the Acropolis, and it is the memory of a lost summer that is once again within reach on the streets of the Acropolis Hill.

A musician plucks his guitar dreamily and gives a little Greek folklore, while a painter offers his works to the few tourists. 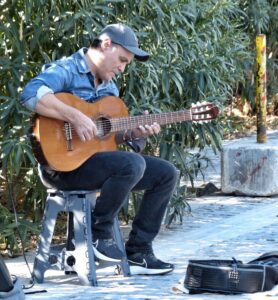 We get into conversation and he tells me about the death of the migratory birds, which this spring were diverted from their way by cold currents and strong winds. He says it is a sign of change and he should probably be right. But he also says that the people of Athens have always kept their joy of life and the history of this unique city will always go on. And he is probably right again, because Athens is a declaration of love to all those travelers who want to be surprised and enchanted by a city. Athens is bigger, more versatile, older and at the same time more modern than you might think. 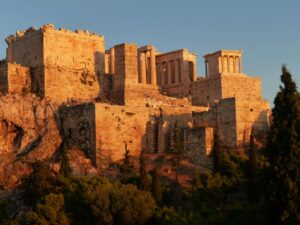 So let’s embark on a voyage of discovery that will look a little different for every visitor, even if the origin may be the same. In any case, for me it is the contemporary New Hotel, which is located in the heart of the Plaka district, right at the foot of the Acropolis. 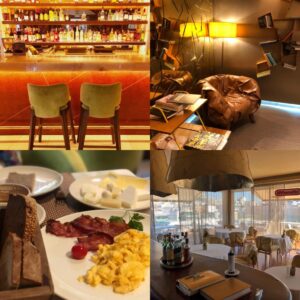 The owner, Dakis Joannou, is an avid art collector who transformed the New Hotel 10 years ago into a live vernissage with works from Jeff Koons to Laurie Anderson. 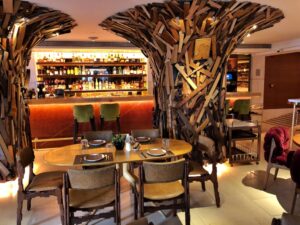 Art is not only found in the lobby or in the extraordinary restaurants, but extends into the 79 rooms, each of which has been designed a little differently, leaving plenty of room for a repeat visit. 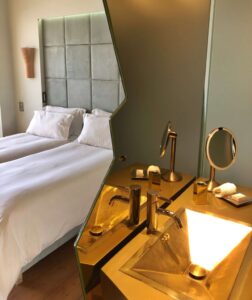 My favorite place in the hotel is the cool rooftop bar with its plush chairs and golden lamps, from whose roof terrace you can stylishly toast the brightly lit Acropolis. 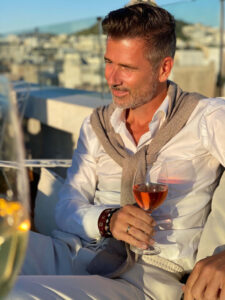 With the New Hotel, Athens shows how it preserves its traditions and adds the new in the form of art and sophisticated nonchalance. This feeling of walking between two worlds should also manifest itself in my first short visit to the Plaka district. I don’t even bother to look at the city map but am swallowed directly by the busy streets and carried towards the Monastiraki flea market, whose kitschy stores of handicrafts, T-shirts and souvenirs spontaneously remind me of the big bazaars in Marrakech or Istanbul. 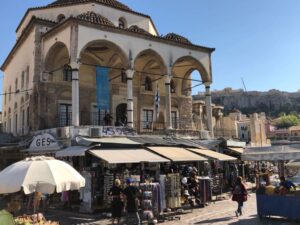 At the end, one stands on the square of the same name and looks at an architectural variety of an Orthodox church, a mosque and the columns of the famous Hadrian’s Library. Typical Athens, as well as the somewhat bizarre Little Kook Café, which at this time of year is completely decorated as a haunted house in Halloween costume. 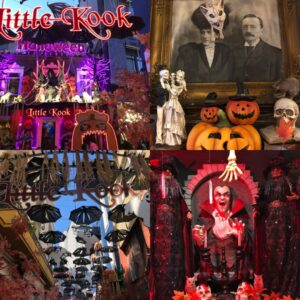 With incredible attention to detail, the interior designers have done their job, which is repeated four times a year, because in addition to Halloween, there’s also a pirate, Mary Poppins and Christmas decorations. With all these eye-catchers, you almost forget to place your order, which would be a pity considering the exceptionally sumptuous crêpes and waffles. By the way, the streets around Little Kook are packed with visually and culinary first-class pubs and restaurants, which make the choice in the evening a pleasant torture.

In any case, I chose the thes restaurant, which focuses on creative Greek cuisine and offers creations outside the classic comfort zones. On the way it is also worth visiting the Temple of Hephaestus, which was completed around 430 years before Christ and is very well preserved. Here, in the shade of the famous Acropolis, you can stroll relatively undisturbed over the archaeological site and review history. 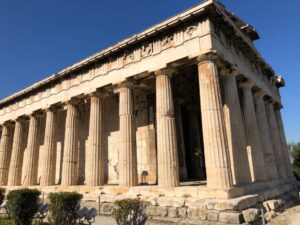 The next morning, I start the day with a power breakfast at the New Hotel, which consists of scrambled eggs with bacon, a packed basket of bread specialties and a freshly squeezed orange juice. All this will be necessary, because despite all prejudices against planning fanatics, I have already bought and printed my tickets for the visit of the Acropolis online. But on early Saturday there is not much going on, so that you can directly start the ascent to the 156 meter high plateau where the remains of the Propyläen, the Erechtheion, the temple of Nike and the world-famous Parthenon deeply impress. 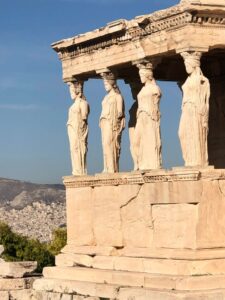 I am particularly surprised by the sheer size of the area, since it consists of several temple complexes and, with the Odeon of Herodes Atticus, still has an active theater worth seeing. 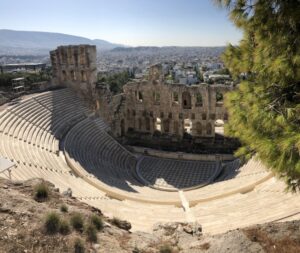 Alone here one could spend hours or visit the famous Acropolis Museum, if there were no other highlights like the National Garden, Syntagma Square or the Tomb of the Unknown Soldier waiting for me. The memorial is also the place for the daily changing of the guard, who in front of today’s parliament building, let themselves be carried away to extreme contortions. 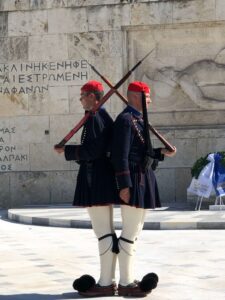 It is definitely an eye-catcher, just like the view from the 277-meter-high Lycabettus Hill, which forms the felt center of the city. A funicular can be used to ease the strenuous steps and steep paths up to the top. 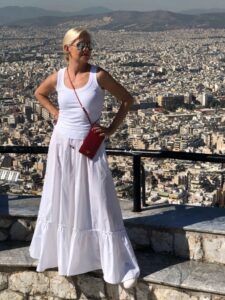 An unbelievable view of a never-ending sea of houses as well as the Acropolis and the port of Piraeus opens up and forms a perfect finish, which is completed by a banoffee cake and a cool Freddo espresso at the Tazza caffe. 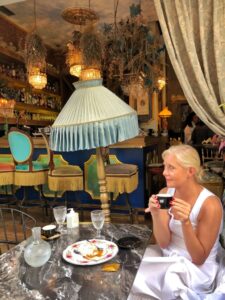 What sounds like a string of highlights is only a small part of a large ensemble of ancient buildings, cool graffiti walls, innovative cafés and restaurants and an indescribable atmosphere in the streets of this city. At the end I stand on the roof terrace of the New Hotel, cheers to the Acropolis and look forward to the return of the migratory birds. I can almost see them coming. 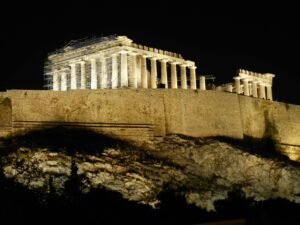